On February 23rd, the Beijing Youth Federation and the Hong Kong and Macao Youth Beijing Club jointly organized for their members to visit the Emperor Group Centre located in the core area of Beijing CBD, as part of the "Beijing, Hong Kong, and Macao Youth Culture and Art Tour Series Activities—Visiting Emperor Group". 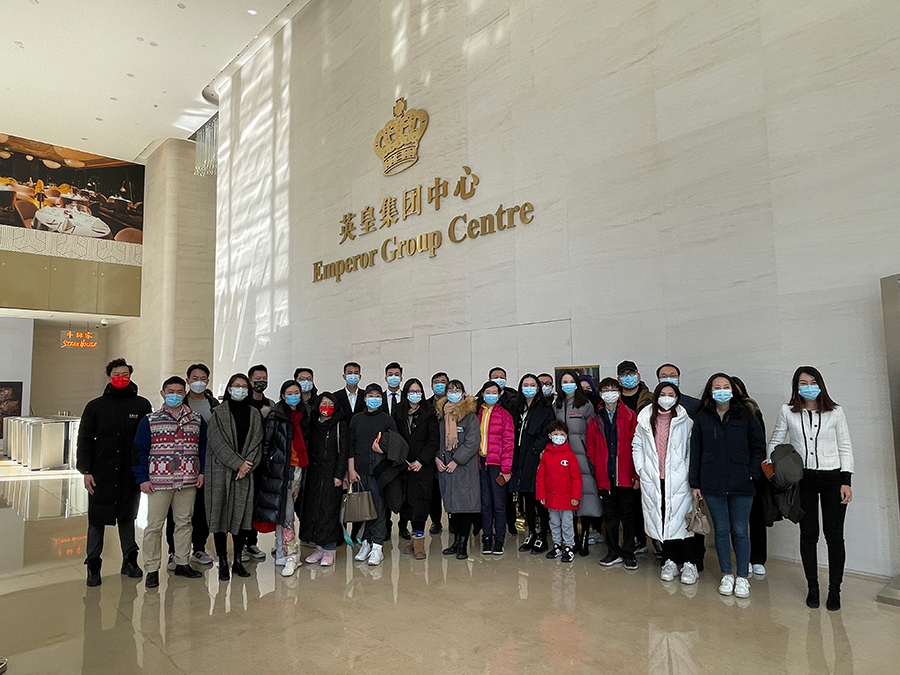 Members of the Beijing Youth Federation and youngsters from Hong Kong and Macao first visited the exclusive retail stores in the Emperor Group Centre. Here, they were introduced to several "first-store economy" brands—the opening of a “first store” of an industry’s representative brand, in a certain region, like Chef Nic Lab, Emperor Cinemas, Garrard, and others, which enabled them to experience exclusive retail shopping, entertainment, and dining under one roof.

Later, they looked around the interiors of the Emperor Group Centre’s high-rise office building. Some floors feature special void-designed areas, with a double-void design on both the north and south sides showcasing the splendid image of the enterprise. The majestic light blue Low-E glass panoramic curtain wall keeps out light pollution and effectively improves indoor thermal efficiency, while offering a commanding view.

The Emperor Group Centre has received the Beijing CBD Management Committee’s recognition as a "Six-star Super Grade-A Building" for several years, and has obtained the LEED Gold Certification issued by the United States Green Building Council. Fully implementing the concept of a green building, it endorses environmental protection and humanistic sustainable development. 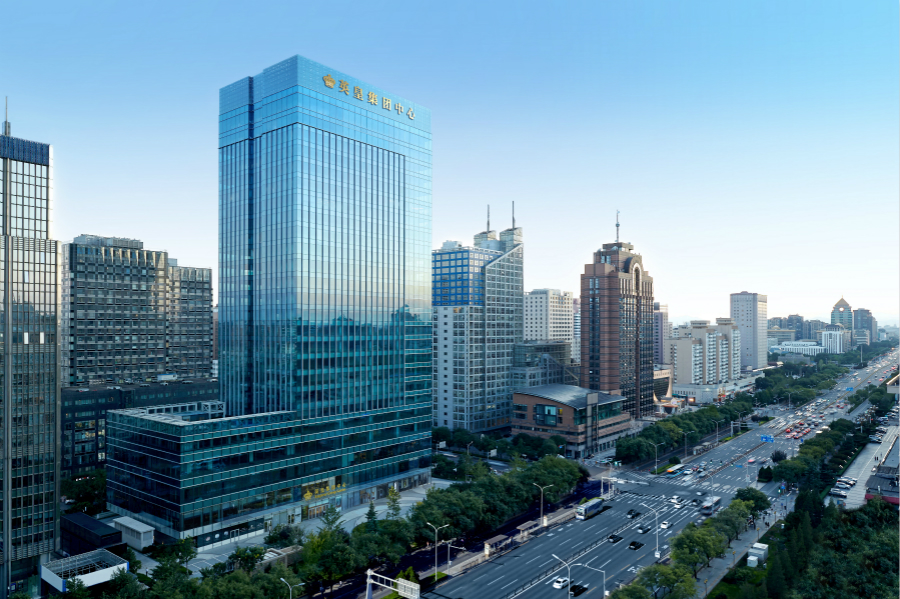 One of the objectives of the visit was to familiarize the guests with the business sector of the Emperor Group, especially the mode of its business operations in the cultural industry. In this regard, the guests experienced the spectacular projection technology of the Emperor Group Centre Store at the Emperor Cinemas, and everyone was mesmerized by the immersive audio-visual experience. In addition, Ms. Liang Lin, General Manager of Production and Project Development of the Emperor Motion Pictures Distribution (Beijing) Co., Ltd., had an interactive session with the guests on the theme "The Birth of a Movie." 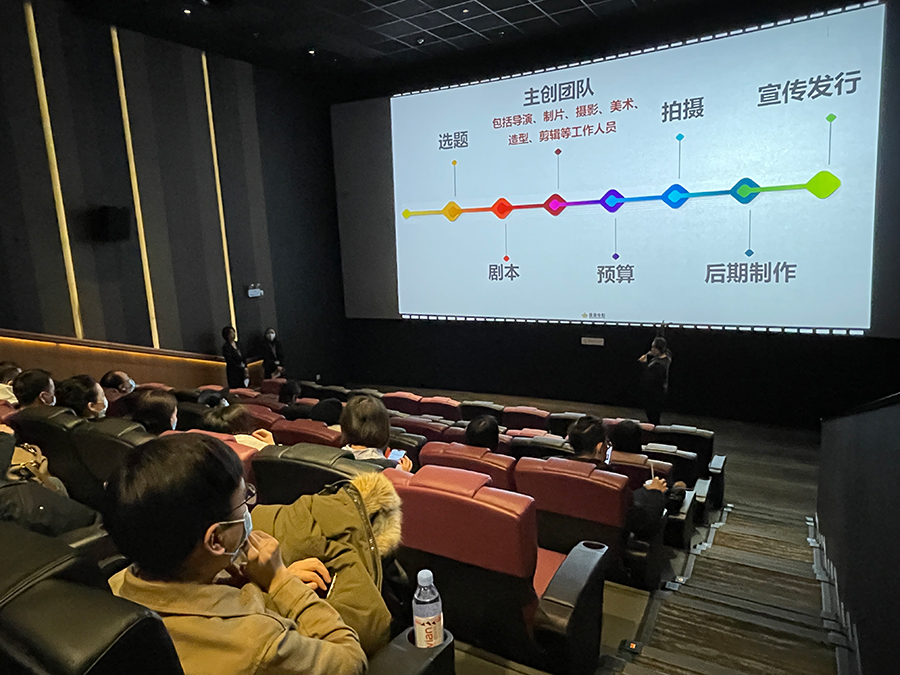 Through an in-depth presentation, the guests got an extensive understanding of the entire industry process chain such as pre-development, shooting and production, and post-publication of a film

The presentation was followed by an interactive Q&A session on Winter Olympics. By reviewing the most memorable moments of the Beijing 2022 Winter Olympics, the guests were given a chance to experience the Winter Olympics culture, while enjoying the warm hospitality of the Emperor Group. 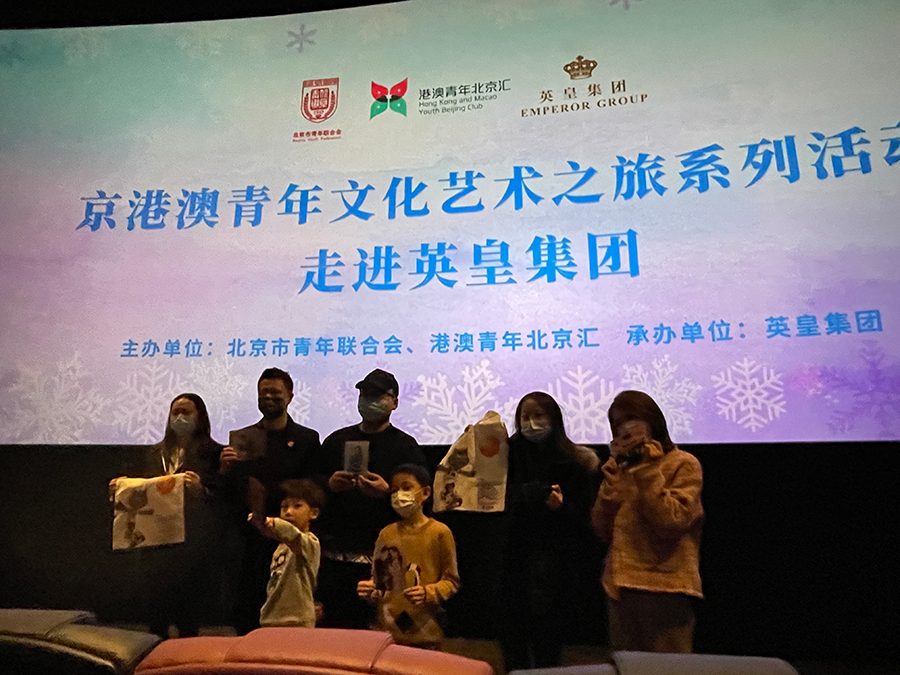 Under the leadership of Dr. Albert Yeung, Chairman of Emperor Group, Emperor Motion Pictures has embarked on a unique investment vision in recent years. It is committed to creating historical, military, and cultural boutiques that can reach out and "awaken" more young people. It has successively financed the filming of the series "The Founding of A Republic," "Beginning of the Great Revival," and "The Founding of An Army," as well as notable film and television works like "My People, My Country," "My country, My parents," and "Operation Red Sea," all of which have received good reviews. 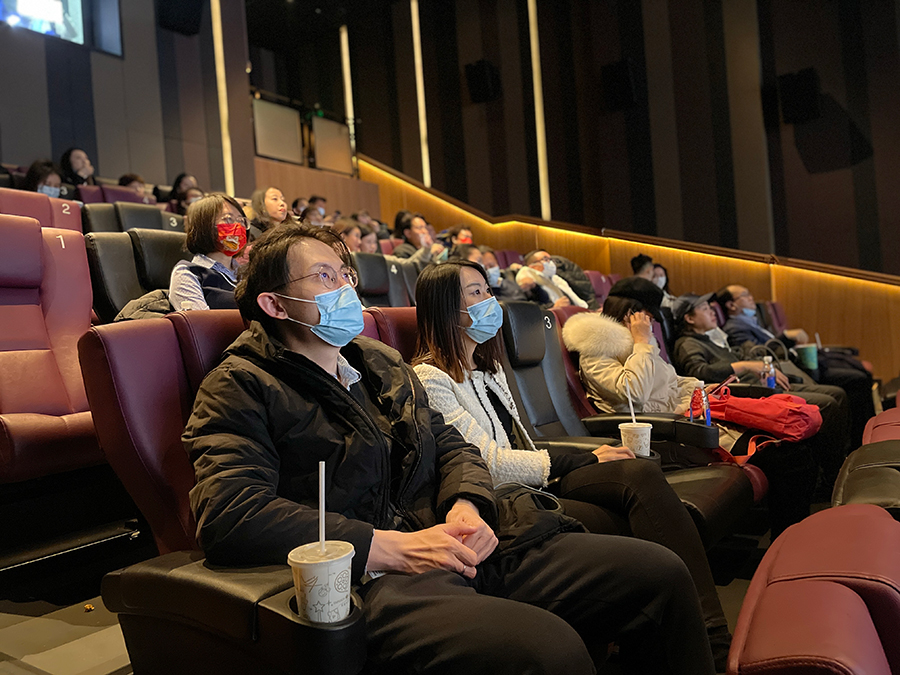 On this occasion, young people from Beijing, Hong Kong, and Macao, who came to Beijing for study and work, visited the Emperor Group's mainland headquarters building in Beijing Emperor Group Centre and watched the movie "The Battle at Lake Changjin" in Emperor Cinemas. The screening was conducted to help the youth from Hong Kong and Macao effectively realize their personal value and potential. At the same time, it was an effort to promote cultural exchanges between Beijing, Hong Kong, and Macao, to facilitate better integration for the development of the capital.